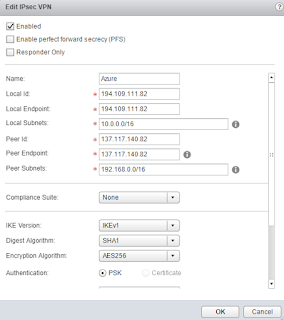 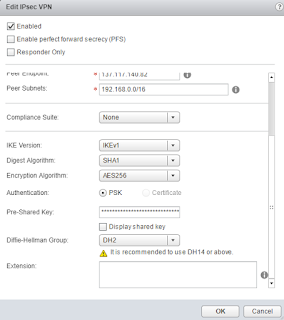 So, this is working well. But when using NSX and Azure, your networks are probably very dynamic. The next step will be to replace this site to site VPN setup with one not based on static routes but on BGP.
Posted by Arnold Romeijn at Wednesday, June 19, 2019